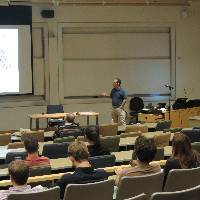 By 2050, the world’s urban population will increase by about 70% and the total urbanized land surface area will almost double. This rapid urbanization will result in large and very manifest impacts on hydrologic storage and fluxes, the surface energy budget, the microclimatology, and energy consumption in built terrain. Conversion of land use to urban reduces the potential for water storage and subsequent evaporation, thus reducing the fraction of incoming radiative energy dissipated into latent heat and increasing the sensible heating of the buildings and the urban microclimate. This microclimatological modification has further indirect impacts on building energy consumption, and significant implications on thermal comfort in cities. The complexity of the involved physical processes, their spatial and temporal variabilities, and their interactions have so far been oversimplified, leading to considerable biases in various models. Using novel sensing techniques (including wireless sensor networks and surface flux stations), a detailed model of water and energy transport in urban facets, and an atmospheric model, this talk seeks to present a better understanding of the urban environment and to advance urban modeling and planning tools.

Our findings indicate that water storage by “impervious surfaces” is not negligible and influences the urban surface energy budget considerably. The role of evaporation from gravel-covered roofs and from concrete, brick, stone and asphalt surfaces can lead to lower sensible heating. In addition, the wide range of thermal properties of the various urban materials lead to extreme spatial heterogeneity in surface conditions that is much higher than over natural terrain. Building on these findings, and on the concomitant development of an improved urban canopy model (UCM) that includes improved representation of surface heterogeneity and of hydrological and thermal storage and transport processes, the interaction of urban heat island and heat waves in cities is investigated. The results reveal synergistic interactions between urban heat islands and heat waves. That is, the urban heat stress during such waves is larger than the sum of the background urban heat island effect and the heat wave effect. Finally, our new modeling framework is applied to assess the potential for extreme heat mitigation through cool (reflective) and green (vegetated) roofs from the building to the city scale. 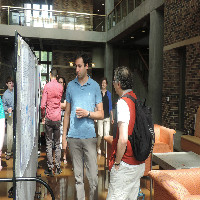 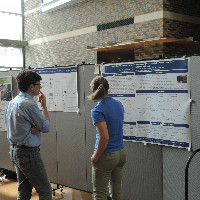 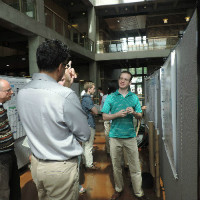 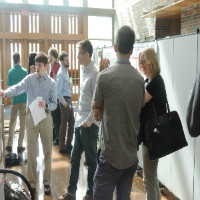