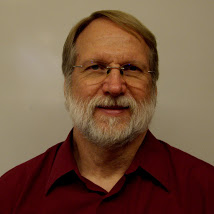 Animals provide remarkable models for elegant movement through extremely complex terrains and the benefits of robots that could move with animal-like behavior are readily apparent. Indeed, robotics seminars often begin with envious video of mountain goats jumping around hill sides and insects moving seamlessly around numerous barriers to a goal. However, much of the work that is done in the field breaks the problem into smaller units. We see fabulous work on legged movement generating algorithms for stability and efficient propulsion but ignoring the role of higher centers. At the other extreme wheeled vehicles are connected to sensors that allow navigation around barriers but without the benefits of legs. Biologists likewise focus upon small subsets of the problem. Neurobiologists have made great progress examining local control in spinal cords or thoracic ganglia by eliminating or ignoring descending brain control and restricting movement to a small subset of actions on a treadmill or a narrow track or studying rapidly moving behaviors that may occur with limited sensory intervention. Such research is clearly important and has been very successful in making progress in both fields. But at some point, we must consider the interactions between higher centers and local control that is necessary for the elegant movements that roboticists seek to capture. The issue is similar to progress made by an orchestra working on complex musical pieces. Individual sections must work on their own to reach proficiency on their passages. But the symphony only reaches its full potential when all the parts are brought together with all the complex interactions that make it wonderful.

In this talk, I will describe the research that our laboratory is conducting to understand how neural circuits in a region of the insect brain collectively referred to as the central complex interacts with local control systems that include the reflexes and pattern generators of the thoracic ganglia to produce the kinds of truly animal-like behavior seen in those initial videos. The data will include behavioral observations, recording from central complex neurons both in sensory experiments and in experiments that link activity to movement as well as observations of animals that have had regions of the central complex silenced. The ultimate goal is both to understand the neural properties that underlie complex behavior and to generate the kinds of robotic control that would capture those behaviors with minimal external control from a driver.

Roy E. Ritzmann is a Professor in the Department of Biology at Case Western Reserve University in Cleveland, Ohio. He received the B.A. degree in Zoology from the University of Iowa, the Ph.D. in Biology from the University of Virginia then moved to a postdoctoral position at Cornell University where he began working with insects on the neural circuitry underlying escape systems. His laboratory focuses on behavioral and neural properties that are involved in insect movement around barriers in complex terrain most recently focusing upon context and state dependent control in an insect brain region called the central complex (a group of neuropils that reside on the midline of virtually all arthropod brains). To that end they employ both extracellular (multi-channel) and intracellular recording techniques in the brain and thoracic ganglia of cockroaches and praying mantises. Using these techniques the Ritzmann laboratory has made progress in understanding how the central complex integrates massive amounts of information on the insect’s surroundings and internal state into descending commands that adjust movements toward goals and away from threats in a context dependent fashion. The Ritzmann laboratory has also collaborated on many biologically inspired robotic projects.