The WISeNet Student Seminars are held during the fall semester and presented by current WISeNet students.  These seminars provide students the opportunity to share their research or to discuss their experience at one of the WISeNet laboratory or field experiment sites with other WISeNet participants. 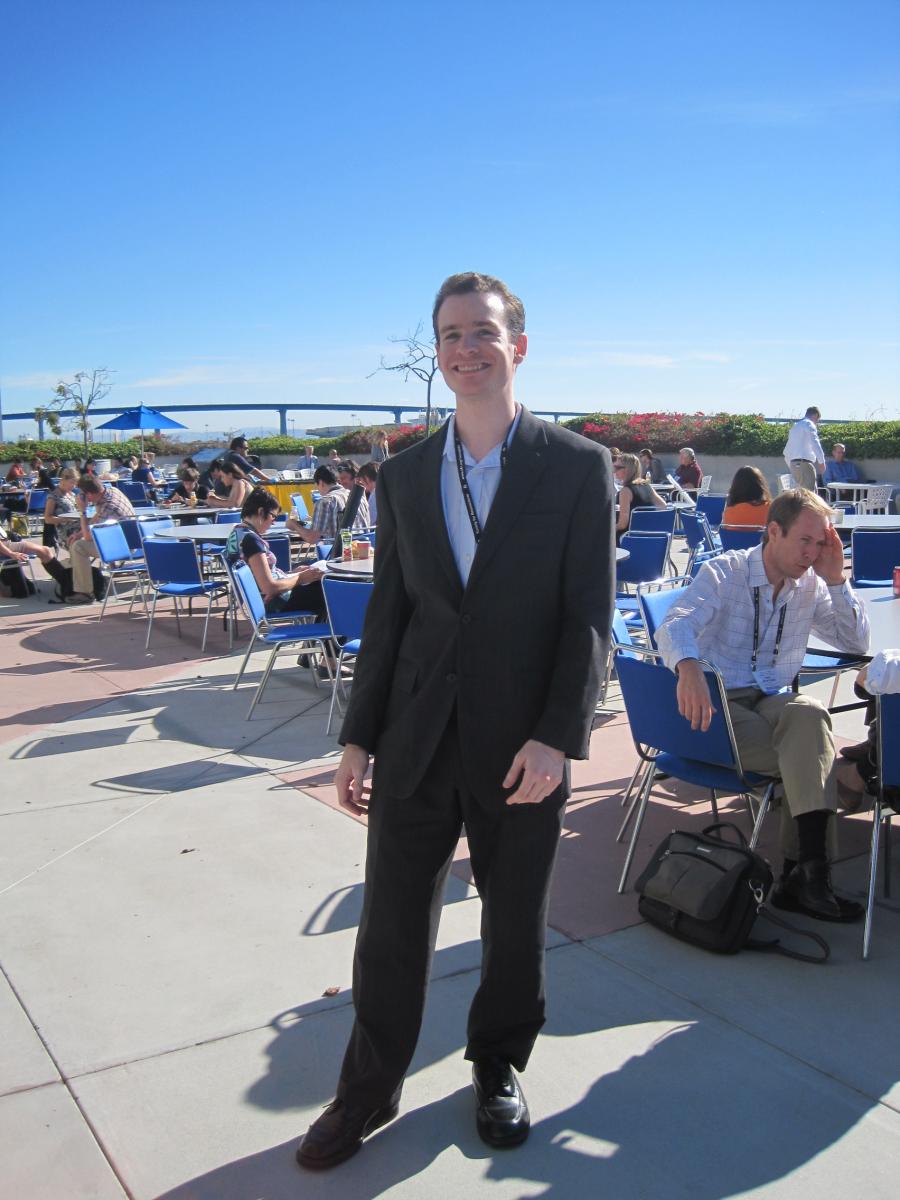 Abstract: Understanding the relationship between auditory response properties of neurons and the contribution of their activity to perception is critical to the design of effective auditory brain prosthetics. These prosthetics seek to mimic natural activity patterns to achieve desired perceptual outcomes. The inferior colliculus (IC) has been proposed as a possible site for patients who cannot benefit from existing auditory prosthetics in the cochlea. In order to understand the perceptual outcome of IC stimulation, we trained monkeys to report their auditory perception in a frequency discrimination task in which the animal had to decide which of two sounds was higher in frequency. Microstimulation pulses at different sites in the IC were paired with one of the two sounds on 50% of trials in the frequency discrimination task. We found widespread perceptual effects of IC microstimulation that increased with increasing current (e.g. 54% of experiments showing systematic effects when tested at 80 µA). Furthermore, the perceptual shifts induced by microstimulation correlated significantly with the frequency tuning of the neurons at the electrode site, supporting the view that stimulation of the IC can provide predictable percepts via site of activation in the IC.

The Evolving Understanding of Southern Piedmont Watershed Hydrology as Seen Through the Lens of the Calhoun Critical Zone Observatory: Hypotheses, Sensor Network, and Observations

The Calhoun Experimental Forest unit of the Sumter National Forest in upstate South Carolina represents regionally typical convergence of historic agricultural use and subsequent land abandonment with a location in rapidly growing region (the Southern Piedmont of the United States). With the recent creation of the Calhoun Critical Zone Observatory (CCZO) we are presented with a unique opportunity to understand the hydrology of this physically unique system (characterized by deep soil profiles, highly variable topography, and a significantly dissected drainage pattern) with an important historic legacy (massive sheet and gully erosion forced by intensive commodity agricultural). As one piece of this story we present initial hypotheses about the functional effects of the topographic and pedological structure of the CCZO as currently understood, the sensor network deployed to address these hypotheses, and some results from a growing set of field data streams collected at the CCZO.

Flowing waters are dynamic environments and how we sense them impacts our understanding of connecting pattern with process. This is particularly important when inferring ecosystem level processes from simple water quality measurements, for example estimating metabolism from dissolved oxygen. In order to better interpret process from pattern, multiple references frames of measurement can be deployed. The reference frames described here are stationary (Eulerian), passively moving (Lagrangian), and a spatial snap shot (synoptic) and they have been combined into a conceptual and methodological framework for sensing aquatic systems. However, the Lagrangian reference frame is rarely applied in inland waters and a field methodology is lacking; therefore, a sensing platform designed for rivers was developed. The Lagrangian sensing unit, known as the Hydrosphere (Planktos Instruments Inc.), along with data from all three reference frames will be presented to discuss the effect of water movement and heterogeneity within a river channel on ecosystem function using the example of aquatic ecosystem metabolism.