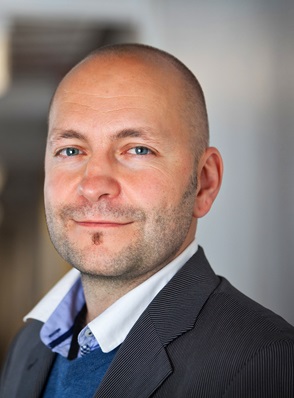 In the near future a multitude of real-world applications will become possible through the combination of olfaction and mobile robots (in so called gasbots). The sum here is more than the whole of its parts. First, integration on a mobile robot does not only give a certain degree of mobility to the gas sensors but typically also adds computational resources, precise localisation even in GPS-denied environments and eventually the ability to manipulate the environment. A unique feature, which stationary sensor networks cannot provide, is that a robot can adapt its behavior on the fly depending on recent measurements of ambient conditions. This and a simplified deployment opens up a range of practical applications.

Operating as an autonomous "mobile nose" gas-sensitive robots will carry out routine monitoring and surveillance tasks and they will be used to explore the environment after a disaster scenario, for example. Monitoring will often be carried out in addition to other tasks of the robot (such as street cleaning, delivery, etc.).

In order to "combine" olfaction with mobile robotics, however, it is not enough to put gas sensors on a robot and use established algorithms from the electronic nose community. A key difference is that the conditions under which the gas sensors are operated cannot be as fully controlled as in a laboratory setup. Among other parameters this particularly concerns the sampling process. Unlike in a laboratory setting, the concentration profile a gas sensor is exposed to cannot be fully determined externally. The specific, typically turbulent characteristics of gas dispersal in realistic environments need to be taken into account. Further, as opposed to closed sampling systems typical in artificial olfaction, mobile robots rather carry out continuous measurements with an open sampling system. Consequently, the transient part of the signal becomes the dominant source of information for chemical gas sensors that do not reach a steady state quickly.

In my talk, I will start with an overview of the field. I will introduce the components of Mobile Robot Olfaction systems and describe the key challenges in the field. Then I will introduce ongoing work and argue that, after 20 years of research, MRO has reached a cross-roads where basic research is necessary to advance the field to scientifically firm ground and thus enable a new generation of gasbots.

Prof. Achim Lilienthal is head of the Mobile Robotics and Olfaction Lab at AASS, Örebro University, Sweden. His main research interests are mobile robot olfaction, rich 3D perception, robot vision, and safe navigation for autonomous transport robots. Achim Lilienthal obtained his Ph.D. in computer science from Tübingen University, Germany and his M.Sc. and B.Sc. in Physics from the University of Konstanz, Germany. The Ph.D. thesis addresses gas distribution mapping and gas source localisation with a mobile robot. The M.Sc. thesis is concerned with an investigation of the structure of charged C60 clusters using gas phase ion chromatography.

*Co-sponsored with the Department of Civil and Environmental Engineering