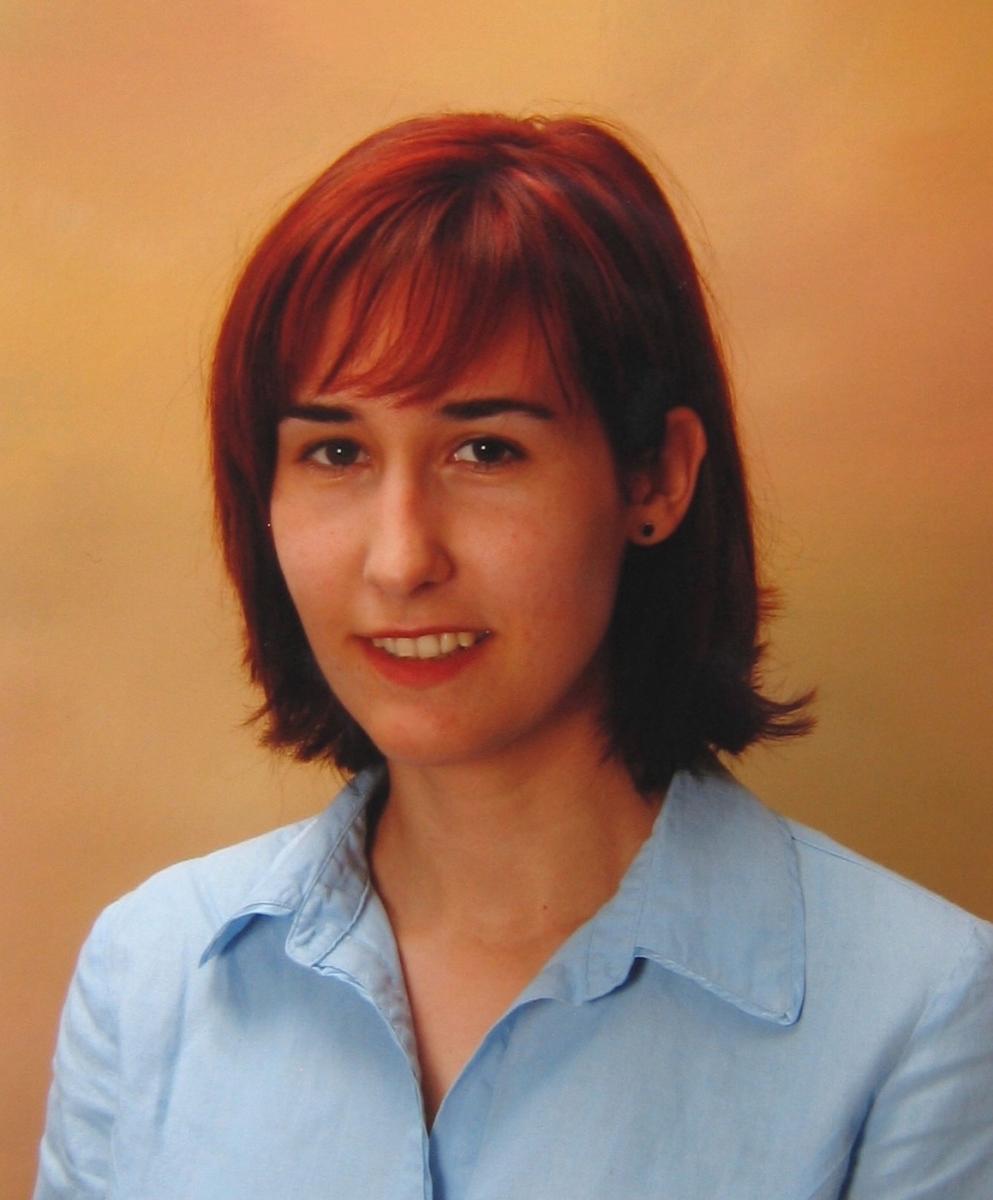 Due to their cheap deployment, maintenance and robustness, mobile robotic platforms endowed with sensors are being proposed to close the loop in a variety of cyber-physical scenarios. However, their deployment poses numerous challenges due to their limited computing, communication, and control capabilities possibly restricted by environmental constraints. This has motivated a paradigm shift to a self/event-triggered approach by means of which algorithms employ scarce resources only when needed. In this talk, we discuss how this principle can be exploited in sensor coverage problems paying special attention to best-response dynamics for selfish agents.

Sonia Martínez received her Ph.D. degree in Engineering Mathematics from the Universidad Carlos III de Madrid, Spain, in May 2002. Following a year as a Visiting Assistant Professor of Applied Mathematics at the Technical University of Catalonia, Spain, she obtained a Postdoctoral Fulbright Fellowship and held appointments at the Coordinated Science Laboratory of the University of Illinois, Urbana-Champaign during 2004, and at the Center for Control, Dynamical systems and Computation (CCDC) of the University of California, Santa Barbara during 2005. From January 2006 to July 2010, she was an Assistant Professor with the department of Mechanical and Aerospace Engineering at the University of California, San Diego. In a broad sense, Dr Martínez' main reseach interests include networked control systems, multi-agent systems, nonlinear control theory and robotics. In particular, she has focused on the modeling and control of robotic sensor networks, the development of distributed coordination algorithms for groups of autonomous vehicles, and the geometric control of mechanical systems. For her work on the control of underactuated mechanical systems she received the Best Student Paper award at the 2002 IEEE Conference on Decision and Control. She was the recipient of a NSF CAREER Award in 2007. For the paper "Motion coordination with Distributed Information," co-authored with Jorge Cortés and Francesco Bullo, she received the 2008 Control Systems Magazine Outstanding Paper Award. 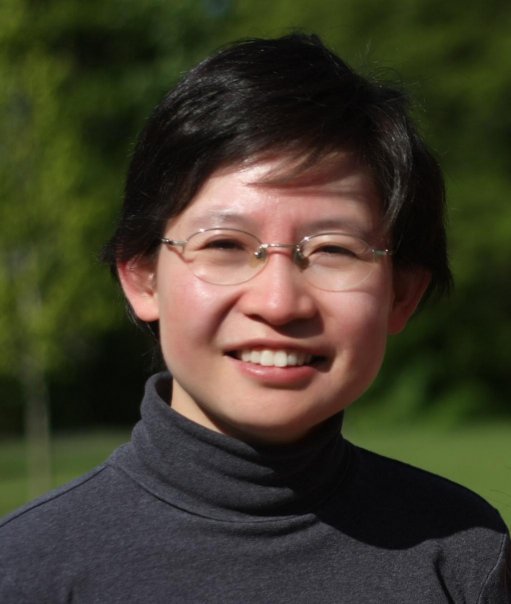 We consider a sensor network embedded in a geometric space and greedy routing that forwards the message to a neighbor whose distance to the destination is the smallest. We consider the deformation of the network geometry using curvature flow and show that greedy routing on the deformed network have a number of desirable properties such as guaranteed delivery, traffic load balancing, multipath routing, and fast recovery upon node/link failures.

Jie Gao is an Associate Professor at Department of Computer Science, Stony Brook University. She obtained her Ph.D degree from Department of Computer Science, Stanford University in 2004 and her B.S. degree from the Special Class for the Gifted Young at University of Science and Technology of China in 1999. She spent the academic year 2004-2005 at Center for the Mathematics of Information, California Institute of Technology. She received the NSF CAREER award in 2006. She now serves as the Associate Editor for ACM Transactions on Sensor Networks and IEEE Transactions on Automation Science and Engineering. 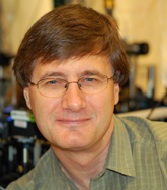 In this tutorial, we will discuss the dynamics of networks consisting of nodes that take on and update their Boolean values (e.g.: ON/OFF and 1/0 ) in response to the input signals from other nodes. Signals traveling along the links that connect the nodes propagate at a finite speed and hence experience a time delay. Furthermore, the nodes process information as soon as it arrives at the input, thereby operating autonomously. Such networks serve as an idealized model for gene regulatory networks, for example. In this talk, we will show that they can be used to investigate a wide range of physical and biological behaviors that go far beyond gene networks. Toward this end, we will present our recent work on realizing large experimental autonomous time-delay Boolean networks using electronic logic gates located on a reconfigurable chip known as a field-programmable gate array (FPGA). We will explain how to combine logic gates to approximate the behavior of neurons and phase oscillators, for example, which allows us to study synchronization phenomena, phase transitions, and chaos in networks. Finally, we will mention a couple of practical applications in signal processing (random number generation, radar, and neuro-morphic computing).

Daniel J. Gauthier is the Robert C. Richardson Professor of Physics at Duke University. He received the B.S. (1982), M.S. (1983), and Ph.D. (1989) degrees from the University of Rochester and completed a post-doctoral research associateship (1989-1991) at the University of Oregon. In 1991, he joined the faculty of Duke University as an Assistant Professor of Physics and was named a Young Investigator of the U.S. ARO in 1992 and the NSF in 1993. He was chair of the Duke Physics Department from 2005 - 2011 and is a founding member of the Duke Fitzpatrick Institute for Photonics. His research interests include: high-rate quantum communication, nonlinear quantum optics, single-photon all-optical switching, applications of slow light in classical and quantum information processing, and synchronization and control of the dynamics of complex networks in electronic and optical systems. Prof. Gauthier is a Fellow of the Optical Society of America and the American Physical Society.

"An Introduction to the Inverse Problems: Theory, Algorithms, and Applications"

Inverse problems arise when the response of a system has been observed/measured and either parts of the system and/or its inputs need to be inferred from these observations. Many important and challenging problems in science and engineering can be conceived as inverse problems. Examples of inverse problems include the characterization of the earth interior from measurements of scattered mechanical or electromagnetic waves, the localization of a contaminant source from measurements of concentration, the reconstruction of a blurred image, and the characterization of the mechanical properties of the human heart from ultrasound data, among many others. Inverse problems are oftentimes ill-posed in the sense that existence, uniqueness, and stability of solutions cannot be guaranteed. In this tutorial, we will study how to formulate inverse problems, survey current techniques for solving these problems, and regularization strategies (bring balance to the force!). The tutorial will consider theoretical, algorithmic, and practical aspects of inverse problems. Applications will include some of the most common types of inverse problems found in science and engineering: material, source, and shape identification.

Wilkins Aquino obtained a BSCE from Purdue Engineering in 1994. He holds a MS and a PhD in Civil Engineering from the University of Illinois at Urbana-Champaign. He worked as a consulting engineer in the Engineering Mechanics and Infrastructure Division of Simpson, Gumpertz, and Heger, Inc. in Waltham, Massachussets for one year before joining the faculty at Cornell University in 2003. He has broad interests in computational mechanics, including computational inverse problems and their applications in engineering and biomedicine, chemo-mechanics, machine learning in mechanics, multiscale problems, fluid-structure interaction, acoustics-structure interaction, and generalized finite element methods, among others. He is also a member of the fields of Applied Mathematics, Theoretical and Applied Mechanics, and Computational Science and Engineering at Cornell University.