Abstracts and biosketches of additional presenters (oral and posters) 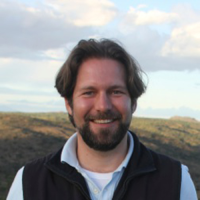 "Drought Prediction and Ecological Monitoring with the Internet of Things"

Models in the environmental sciences are repositories in a sense of the current state of understanding of critical processes. However, as models become more granular, the data requirements to parameterize them become more limiting. In addition, models pressed into service for decision support cannot accept the data latency that is typical in environmental sciences. Finally, most data is generated in the US/Europe, while many applications are in rural locales in the developing world. Cellular-based environmental sensing promises to provide granular data in real time from remote locales to improve model-based forecasting using data assimilation. Applications we are working on include drought forecasting and food security; forest and crop responses to weather and climate change; and rural water usage.

To address these challenges, we developed hardware that accomodates an unlimited variety of sensors, and propagates these data onto the internet over mobile networks. Scientific data holds a unique role in the IoT for demanding well-characterized information on sensor error. Our design attempts to balance error reduction with low costs to undercut competing commercial products by 90%, allowing more ubiquitous deployment. Enclosure design and power management are critical ingredients for remote deployments under variable environmental conditions.

Although our sensors can push data onto cloud storage using public IoT API’s, we have designed a backend server to accomodate additional metadata essential for interpreting observations, particularly their measurement errors. The data these pods collect can expand weather monitoring, but more crucially can monitor biological (including human) responses to environmental drivers. These data in turn can be assimilated into models, as a means to contextualize and distill these noisy observations into actionable knowledge.

Professor Caylor is an Associate Professor in the Department of Civil and Environmental Engineering at Princeton University. He received his PhD in Environmental Sciences from the University of Virginia, in 2003. His research seeks to develop improved insight into the way that land use and climate change are interacting to affect the dynamics and resilience of global drylands. His primary research sites are in sub-Saharan Africa, where he is focused on understanding the vulnerability of pastoral and subsistence agricultural communities to current and future changes in hydrological dynamics. Professor Caylor conducts research at a number of spatial and temporal scales; from small-scale experiments during individual rainfall events all the way up to continental-scale analyses of climate trends. A major focus of his current research efforts is the development of new methods for using stable isotopes of water to improve the measurement and prediction of ecosystem water use efficiency under varying pastoral land tenure regimes and subsistence agricultural practices. He has authored over 60 publications which have been cited over 2000 times. He has received over $5 million USD in research support from the National Science Foundation (NSF) and the National Aeronautics and Space Administration (NASA). Professor Caylor is a recipient of an Early Career Award from the NSF, and was the inaugural recipient of Early Career Award in Hydrological Sciences given by the American Geophysical Union (AGU). Professor currently has severed on the editorial boards of Water Resources Research, the Journal of Geophysical Research - Biogeosciences, and Vadose Zone Journal.

A major hurdle in brain-machine interfaces (BMI) is the lack of an implantable neural interface system that remains viable for a lifetime. I will discuss Neural Dust, a concept developed with Elad Alon, Jose Carmena and Jan Rabaey, which explores the fundamental system design trade-offs and ultimate size, power, and bandwidth scaling limits of neural recording systems built from low-power CMOS circuitry coupled with ultrasonic power delivery and backscatter communication. In particular, we propose an ultra-miniature as well as extremely compliant system that enables massive scaling in the number of neural recordings from the brain while providing a path towards truly chronic BMI. These goals are achieved via two fundamental technology innovations: 1) 10 - 100 micron scale, free-floating, independent sensor nodes, or neural dust, that detect and report local extracellular electrophysiological data, and 2) a sub-cranial interrogator that establishes power and communication links with the neural dust.

Michel M. Maharbiz is an Associate Professor with the Department of Electrical Engineering and Computer Science at the University of California, Berkeley.

He received his Ph.D. from the University of California at Berkeley under Professor Roger T. Howe (EECS) and Professor Jay D. Keasling (ChemE); his work led to the foundation of Microreactor Technologies, Inc. which was acquired in 2009 by Pall Corporation. From 2003 to 2007, Michel Maharbiz was an Assistant Professor at the University of Michigan, Ann Arbor. He is the co-founder of Tweedle Technologies, Cortera Neurotech and served as vice-president for product development at Quswami, Inc. from July 2010 to June 2011.

Prof. Maharbiz is a Bakar Fellow and was the recipient of a 2009 NSF Career Award for research into developing microfabricated interfaces for synthetic biology. His group is also known for developing the world’s first remotely radio-controlled cyborg beetles. This was named one of the top ten emerging technologies of 2009 by MIT’s Technology Review (TR10) and was in Time Magazeine’s Top 50 Inventions of 2009. Dr. Maharbiz has been a GE Scholar and an Intel IMAP Fellow. Professor Maharbiz’s current research interests include building micro/nano interfaces to cells and organisms and exploring bio-derived fabrication methods. Michel’s long term goal is understanding developmental mechanisms as a way to engineer and fabricate machines. 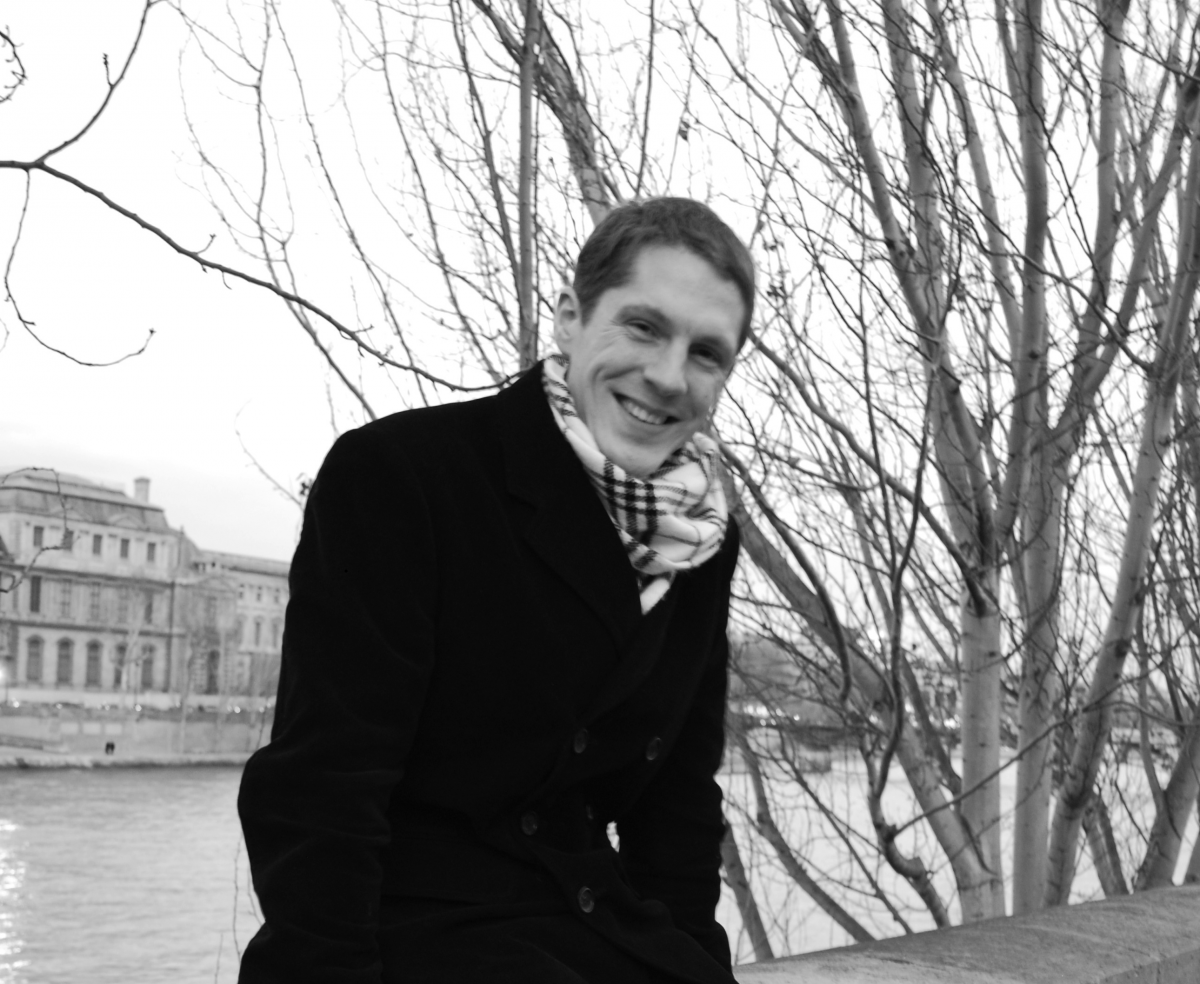 The objective of this talk is to highlight how the sensing architecture itself can impose strong limitations on possible control performance, even if we allow the sensor measurements to be processed in a centralized controller. Such ‘‘distributed sensing’’ appears when sensors only measure differences between neighboring subsystem outputs, and it can be a technological necessity in applications where system size exceeds accuracy requirements by many orders of magnitude. We formulate a general explanation of the performance limitations and illustrate their implications on a practical case study: stabilizing the segmented primary mirror of the European Extremely Large Telescope.

After obtaining a Master in applied physics (space technologies, 2005) from the University of Liege, Belgium, Alain Sarlette pursued a PhD degree there under the supervision of Prof. R.Sepulchre, with the topic "Geometry and Symmetries in Coordination Control" (2009). He has then spent a postdoc in Paris to work on control of quantum dynamical systems, before joining Ghent University as an assistant professor in 2011. Alain has held visiting positions at Princeton University (N.Leonard, 2006) and Mines ParisTech (P.Rouchon, 2009-2011). His current research interests focus on quantum engineering, geometric control design, coordinated control design, and global modeling/analysis of multi-agent systems. For more information see webpage: http://users.ugent.be/~asarlet/ 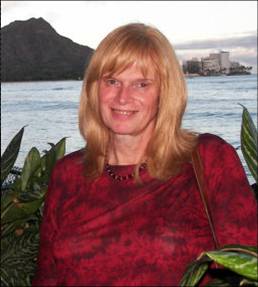 "Human Computer Symbiosis and the “Internet of Things” - Catch the Wave!"

While we often think of technology as advancing slowly and incrementally, this is not the case when one considers the social impacts of technology. Consider the significance of the electricity, the steam engine, television, the cell phone, and the World Wide Web. In each case the change spread like a wild fire on a dry prairie, and in its wakes things were simply never to be the same again. Opportunity comes when one sees the next wave coming and rides it to fame, fortune, or sometimes disaster. This tutorial proposes that the next wave is what is increasingly mentioned as the “internet of things” or our favorite phrase is the “programmable ecology”. While this idea has actually been around for a quite number of years, it is just now beginning to crest. The last big wave was the ‘dot-com bubble’ which broke in March of 2000. But, every surfer knows that wave come in sets. There are likely good reasons for Google’s swing towards robotics and computer intelligence. Many will see this next wave coming and will paddle as fast as they can to catch it. Of those a very few take risks will get a very nice ride; many will have a very enriching experience and great jobs; and, well, some will take the big risk and crash. So, the question is, what will you do. Whatever your choices, your chance of success hinges on how clearly you can guess the future, and one of the best ways to prepare is exactly what is being provided by the WISeNet program in which you are engaged; mobile and fixed systems collaborating in a plexus of systems where the result exceeds the sum of the parts. In this session we will be exploring the skills and knowledge needed to be successful, including the architecture of collaborative mobile vehicles and the communication protocols currently used to orchestrate this collaboration in concert with the ecology of adaptive systems and sensors that will comprise the community infrastructure of the future.

Dr. Caryl Johnson comes from a background in science with advanced degrees in Physics and Geophysics from MIT and Caltech. She raised her family in a clearing in the rainforest at the summit of an erupting volcano while on staff at the Hawaii Volcano Observatory. She designed the processing system that is currently being used by the USGS National Earthquake Information Center to detect and locate all earthquakes of significance throughout the world. More recently she served as a Systems Engineering Fellow for BAE Systems (formerly British Aerospace) where she developed advanced concepts in multisensor fusion, machine intelligence, adaptive architectures for complex systems of systems, and cognitive interface design (human-computer symbiosis). She is founder and Chief Innovation Officer for an emerging startup on a small island off the coast of Maine developing a distributed graph framework for adaptive and collaborative complex systems. 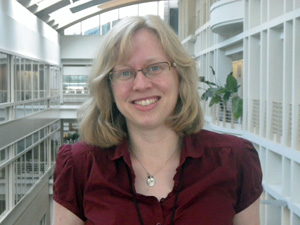 Gayle Hagler is an environmental engineer in the U.S. Environmental Protection Agency Office of Research and Development, located in Research Triangle Park, North Carolina.  She received a Ph.D. in environmental engineering from the Georgia Institute of Technology, in Atlanta, Georgia.  Dr. Hagler also received her M.S. and B.S. in Civil Engineering from the Georgia Institute of Technology.  Dr. Hagler’s research is focused on studying ambient air quality and quantifying source emissions, with recent work focused on characterizing near-roadway and near-rail yard air quality.  She has also previously studied air pollution internationally in urban (southern China) and remote (Greenland Ice Sheet) regions.  Her work has been published in a number of scientific journals, including the Atmospheric Environment, Aerosol and Air Quality Research, Journal of Geophysical Research-Atmospheres, Geophysical Research Letters, Atmospheric Chemistry and Physics, and Polar Science.